This year’s 22nd annual Bohemia Sekt Trophée – Sommelier of the Year Czech Republic competition has produced a winner: Kamil Prokeš, the owner of the Velké Němčice vineyards. At the day-long tournament, which culminated in a gala finale at the National Theatre’s New Stage, he convinced the jury that his knowledge and skills made him the best candidate for the title of Sommelier of the Year 2019. Serving on this year’s international jury were three presidents: ASI President Andrés Rosberg; Sommeliers Association of the Czech Republic President Martin Pastyřík; and Slovak Sommelier Association President Beáta Vlnková.

Second place in the competition went to Libuše Vrbová from U Vrbů winery in Hustopeče, who also won the award for the audience favourite. Matouš Forman from Californian Wines took third place. 17 professionals in all participated in the contest, which was organized together with BOHEMIA SEKT with additional support from the Wine Fund of the Czech Republic and other partners. 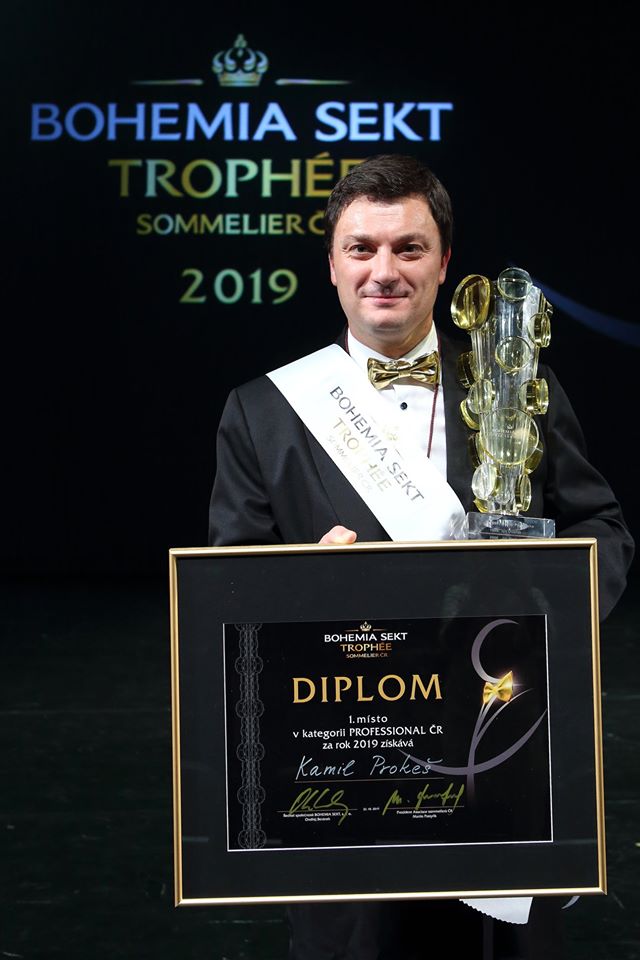